Junk Charts
Welcome Twitter About Book Blog RSS
Distorting perception versus distorting the data
Did prices go up or down? Depends on how one looks at the data

Start at zero improves this chart but only slightly

The following chart was forwarded to me recently: 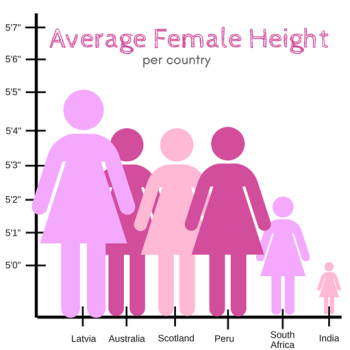 It's a good illustration of why the "start at zero" rule exists for column charts. The poor Indian lady looks extremely short in this women's club. Is the average Indian woman really half as tall as the average South African woman? (Surely not!) 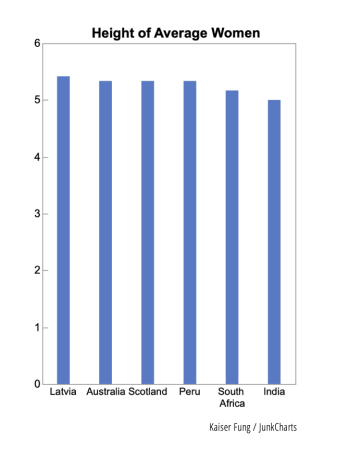 The problem is only superficially fixed by starting the vertical axis at zero. Doing so highlights the fact that the difference in average heights is but a fraction of the average heights themselves. The intra-country differences are squashed in such a representation - which works against the primary goal of the data visualization itself.

Recall the Trifecta Checkup. At the top of the trifecta is the Question. The designer obviously wants to focus our attention on the difference of the averages. A column chart showing average heights fails the job!

This "proper" column chart sends the message that the difference in average heights is noise, unworthy of our attention. But this is a bad take of the underlying data. The range of average heights across countries isn't that wide, by virtue of large population sizes.

According to Wikipedia, they range from 4 feet 10.5 to 5 feet 6 (I'm ignoring several entries in the table based on non representative small samples.) How do we know that the difference of 2 inches between averages of South Africa and India is actually a sizable difference? The Wikipedia table has the average heights for most of the world's countries. There are perhaps 200 values. These values are sprinkled inside the range of about 8 inches top to bottom. If we divide the full range into 10 equal bins, that's roughly 0.8 inches per bin. So if we have two numbers that are 2 inches apart, they almost span 2 bins. If the data were evenly distributed, that's a huge shift.

(In reality, the data should be normally distributed, bell-shaped, with much more at the center than on the edges. That makes a difference of 2 inches even more significant if these are normal values near the center but less significant if these are extreme values on the tails. Stats students should be able to articulate why we are sure the data are normally distributed without having to plot the data.)

The original chart has further problems.

Another source of distortion comes from the scaling of the stick figures. The aspect ratio is being preserved, which means the area is being scaled. Given that the heights are scaled as per the data, the data are encoded twice, the second time in the widths. This means that the sizes of these figures grow at the rate of the square of the heights. (Contrast this with the scaling discussed in my earlier post this week which preserves the relative areas.)

At the end of that last post, I discuss why adding colors to a chart when the colors do not encode any data is a distraction to the reader. And this average height chart is an example.

From the Data corner of the Trifecta Checkup, I'm intrigued by the choice of countries. Why is Scotland highlighted instead of the U.K.? Why Latvia? According to Wikipedia, the Latvia estimate is based on a 1% sample of only 19 year olds.

Lest we think only amateurs make this type of chart, here is an example of a similar chart in a scientific research journal: 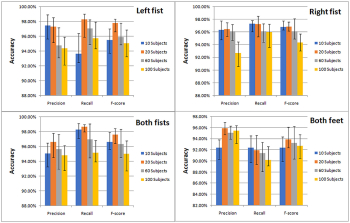 I have seen many versions of the above column charts with error bars, and the vertical axes not starting at zero. In every case, the heights (and areas) of these columns do not scale with the underlying data.

I tried a variant of the stem-and-leaf plot: 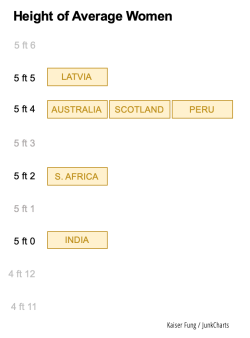 The scale is chosen to reflect the full range of average heights given in Wikipedia. The chart works better with more countries to fill out the distribution. It shows India is on the short end of the scale but not quite the lowest. (As mentioned above, Peru actually should be placed close to the lower edge.)