Junk Charts
Welcome Twitter About Book Blog RSS
How to read this cost-benefit chart, and why it is so confusing
This Excel chart looks standard but gets everything wrong 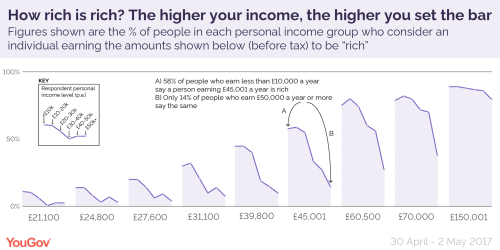 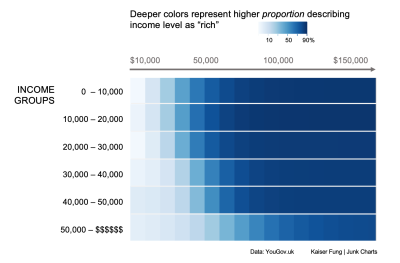 Great job! I really like it. What would be great is for the width of the bands to reflect the number of people in that earning category... that would easily indicate how big is the population "consensus" for a particular threshold of what rich means.