Junk Charts
Welcome Twitter About Book Blog RSS
Marketers want millennials to know they're millennials
How to read this cost-benefit chart, and why it is so confusing

Graph literacy, in a sense

Ben Jones tweeted out this chart, which has an unusual feature: 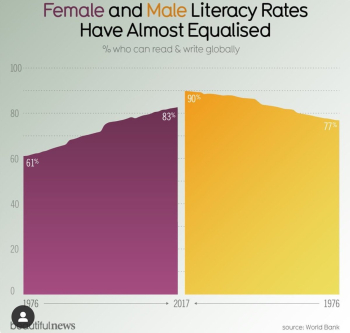 On the one hand, this is quite cute. Lines meeting in the middle. Converging. I get it.

On the other hand, every time a designer defies conventions, the reader has to recognize it, and to rationalize it.

In this particular graphic, I'm not convinced. There are four numbers only. The trend on either side looks linear so the story is simple. Why complicate it using unusual visual design?

Here is an entirely conventional bumps-like chart that tells the story: 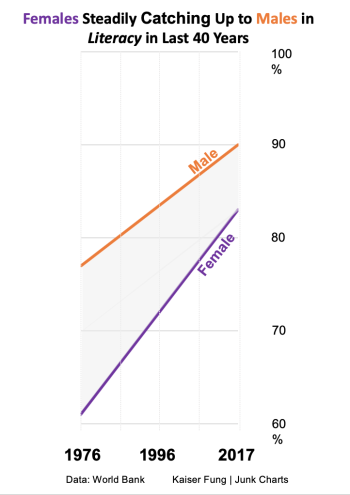 I've done a couple of things here that might be considered controversial.

First, I completely straightened out the lines. I don't see what additional precision is bringing to the chart.

Second, despite having just four numbers, I added the year 1996 and vertical gridlines indicating decades. A Tufte purist will surely object.