Is the visual serving the question? 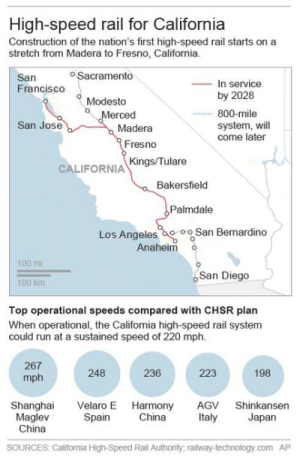 Now, look at the bubble chart at the bottom. Here it is - with all the data except the first number removed: 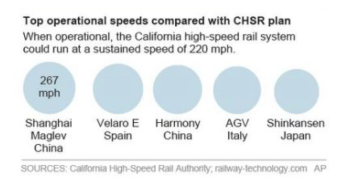 It is impossible to know how fast the four other train systems run after I removed the numbers. The only way a reader can comprehend this chart is to read the data inside the bubbles. This chart fails the "self-sufficiency test". The self-sufficiency test asks how much work the visual elements on the chart are doing to communicate the data; in this case, the bubbles do nothing at all.

Another problem: this chart buries its lede. The message is in the caption: how California's bullet train rates against other fast train systems. California's train speed of 220 mph is only mentioned in the text but not found in the visual.

Here is a chart that draws attention to the key message:

In a Trifecta checkup, we improved this chart by bringing the visual in sync with the central question of the chart.