Junk Charts
Welcome Twitter About Book Blog RSS
Is the visual serving the question?
Not following direction or order, the dieticians complain

Five steps to let the young ones shine

Knife stabbings are in the news in the U.K. and the Economist has a quartet of charts to illustrate what's going on. 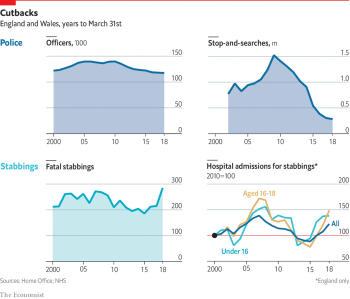 I'm going to focus on the chart on the bottom right. This shows the trend in hospital admissions due to stabbings in England from 2000 to 2018. The three lines show all ages, and two specific age groups: under 16 and 16-18.

The first edit I made was to spell out all years in four digits. For this chart, numbers like 15 and 18 can be confused with ages. 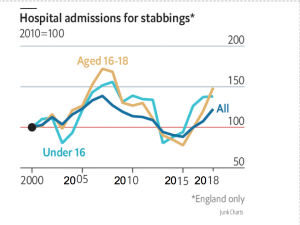 The next edit removes the black dot which draws attention to itself. The chart though is not about the year 2000, which has the least information since all data have been forced to 100. 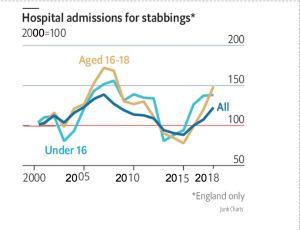 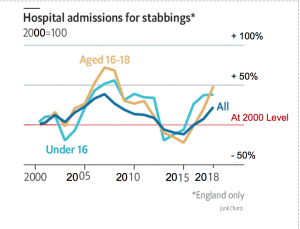 Finally, I surmise the message the designer wants to get across is the above-average jump in hospital admissions among children under 16 and 16 to 18. Therefore, the "All" line exists to provide context. Thus, I made it a dashed line pushing it to the background. 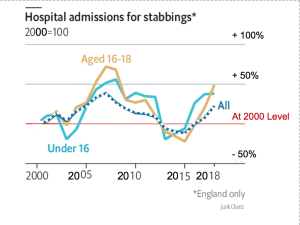