If you are not sick of the Washington Post article about friends (not) letting friends join the other party, allow me to write yet another post on, gasp, that pie chart. And sorry to have kept reader Daniel L. waiting, as he pointed out, when submitting this chart to me, that he had tremendous difficulty understanding it: 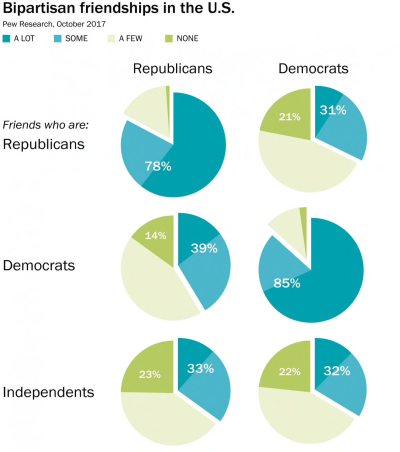 This is not one pie but six pies on a platter. There are two sources of confusion: first, the repeated labels of Republicans and Democrats to refer to different groups of people; and second, the indecision between using two or four categories of "how many".

Let me begin by re-ordering and re-labeling the chart: 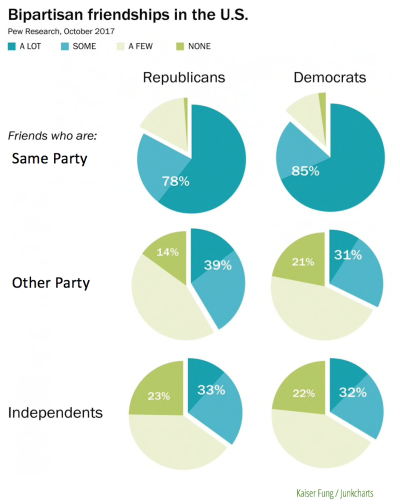 From this version, one can pull out the key messages of the analysis. (A) Most voters, regardless of party, have mostly friends from the same party. and (B) Republicans are more likely to have more friends from the other party than Democrats. A third, but really not that interesting, point is that regardless of party, people have about the same likelihood to befriend Independents.

In visualization, less is more is frequently appropriate. So, here is a view of the same chart, using two categories instead of four. 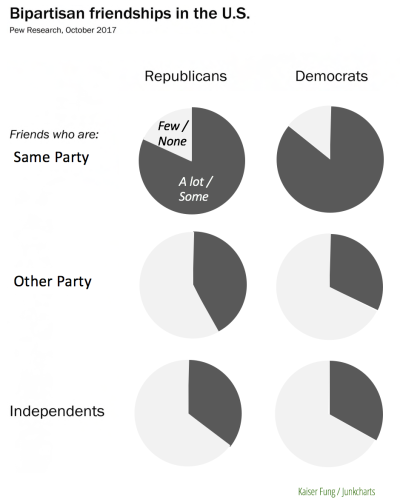 The added advantage is only two required colors, and thus even grayscale can work.

The new arrangement of the pie platter makes it clear that there really isn't that much difference between Republican and Democratic voters along this dimension. Thus, visualizing the aggregate gets us to the same place. 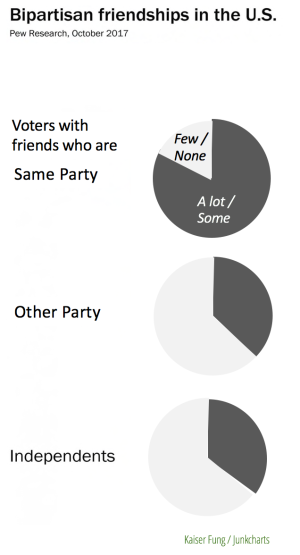 After three servings of pies, the reader might be craving some energy bars. 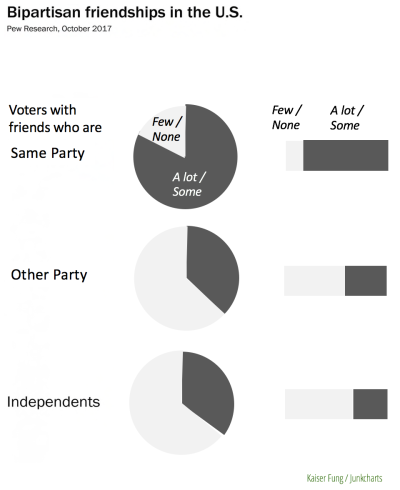 One can say that for very simple data like this, pie charts are acceptable. However, the stacked bar is better.

Thanks again Daniel, and it's a pleasure to serve you!

Also, in the first pair of pies in the original plot, the 78% on the left + the 21% on the right should be <100%, but it looks like if they were superposed, there would be an overlap. So even ignoring the choice of chart, the execution is off.

Neil: Sharp eyes. I noticed the sizing issues while moving the pies around.