Starstruck and doubled over: losing poise over Indian charts

Twitter follower @ashwink_s didn't see eye-to-eye with the following charts that appeared in an Indian publication.

There is the infamous racetrack chart: 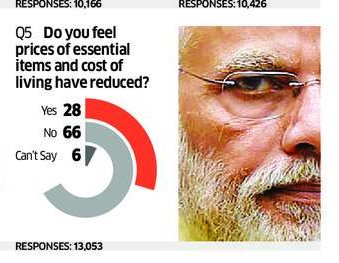 In the racetrack chart, the designer has embedded data in the angles at the center of the concentric circles but the visual cues point to the arc lengths. If the same proportion of people voted Yes as voted No, the two arcs should look like this: 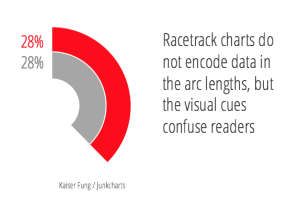 The length of the red arc is much larger than the length of the gray arc, even though they encode the same value. There is no reason to double over, just pull them back straight pronto! 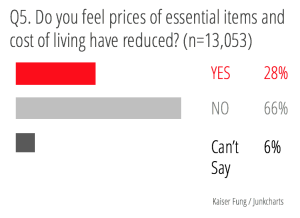 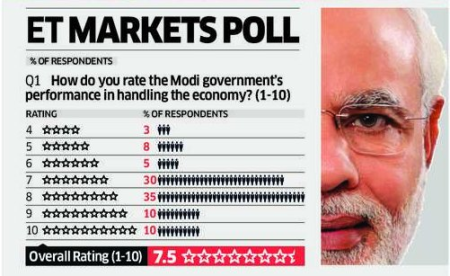 All those stars are redundant as they just illustrate the rating numbers printed to their left. The story here is that the government received a 7.5 rating, with no one rating it below 4, and the majority giving a 7 or 8. (It's curious that no one at all rated the government below 4. In most rating polls that I've come across, primarily in the U.S., there are extreme views.) 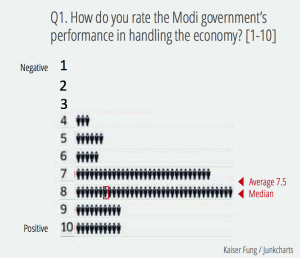 P.S. Thanks to Matt F. who noticed the switched bars in the original post, and messaged me. The chart has now been fixed.

Nice work. Those racetracks are abysmal. Also kudos for cutting out the creepy old man staring at us...

The "creepy old man" is the prime minister of India, LOL