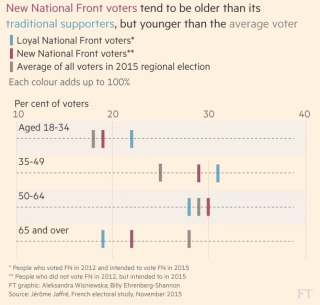 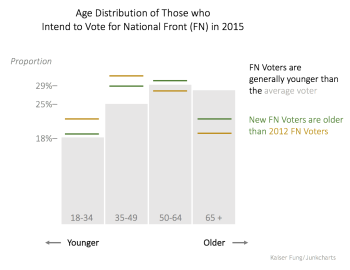 I feel like box plots of the ages of each voting group would be a much more simple way to compare this information.

I find trying to compare the position of each group on the y axis, and which age group they belong to on the x axis, unnecessarily complex for what I am meant to conclude from it.