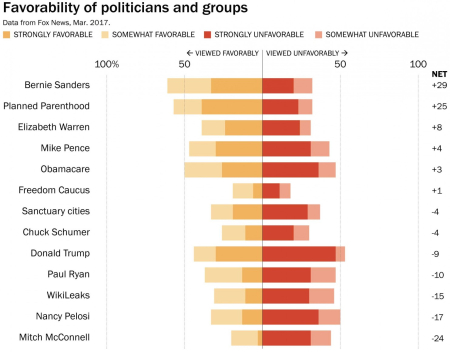 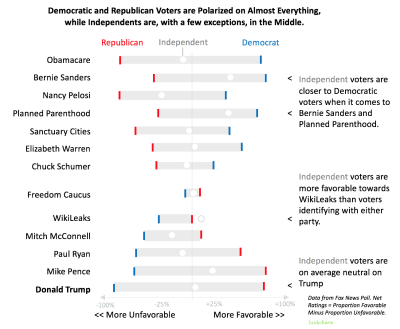 I have a different solution for incorporating the 'banished footnote'. As the sentiment is already color coded, there is no need to anchor the bars to the centerline. Move the origin of each row (the point at which orange is to the left and red to the right) to the left or right the amount dictated by the footnote, and draw a vertical line to act as the origin for a new axis at which the average sentiment is neutral / 0. I agree the strong strong feelings should be on the outside edges.