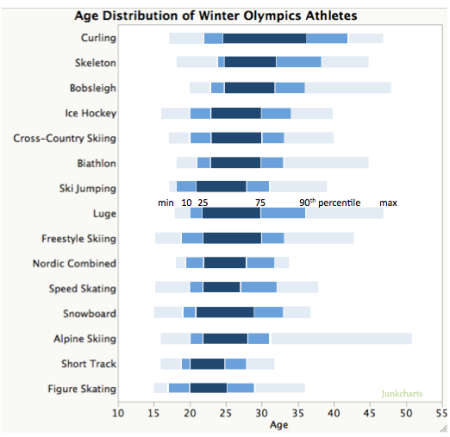 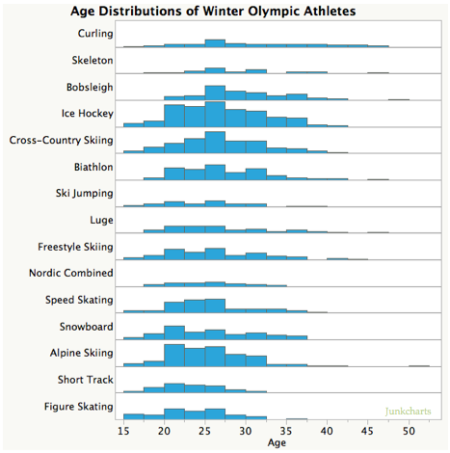 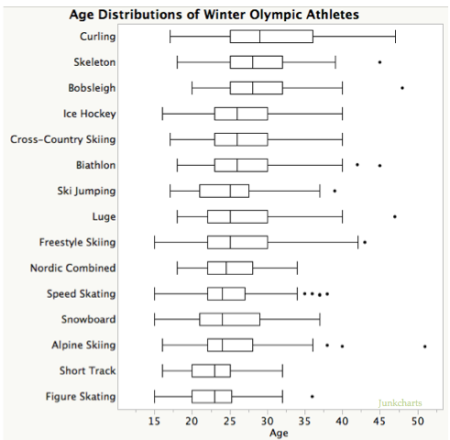 And then there's the violin plot: https://en.wikipedia.org/wiki/Violin_plot

Personally, I like the boxplots the best, I think they're the easiest to understand, the fastest to ingest at a glance, and the most informative for deeper review.

For a technical audience, this is a very familiar presentation that needs little explanation.

For a non-technical audience, a single explanatory set of labels would be appropriate, as was done on the top chart that spawned the discussion. The short discussion about how to interpret boxplots would also be good practice, as was done above.

Great post! Each chart has its own merits and limitations.
Maybe it's a good idea to use all of them together if space permits.

I had this combination of overlaying boxplot over histogram chart.
http://vizdiff.blogspot.com/2015/11/overlaying-histogram-with-box-and.html