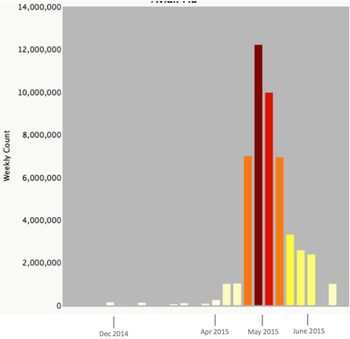 Is it worth the drama?

Quite the eye-catching chart this:

The original accompanied this article in the Wall Street Journal about avian flu outbreaks in the U.S.

The point of the chart appears to be the peak in the flu season around May. The overlapping bubbles were probably used for drama.

A column chart, with appropriate colors, attains much of the drama but retains the ability to read the data. 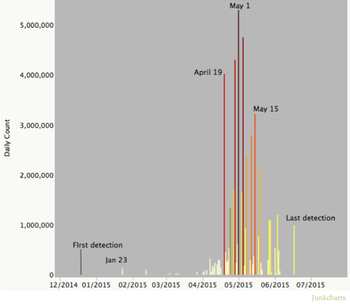 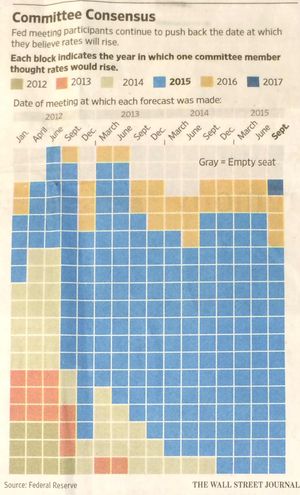 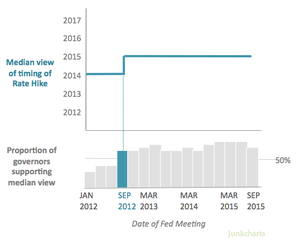 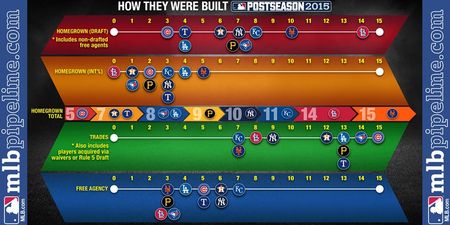 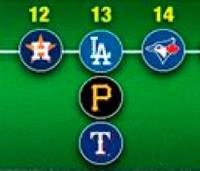 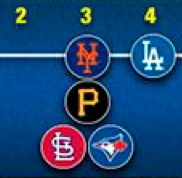 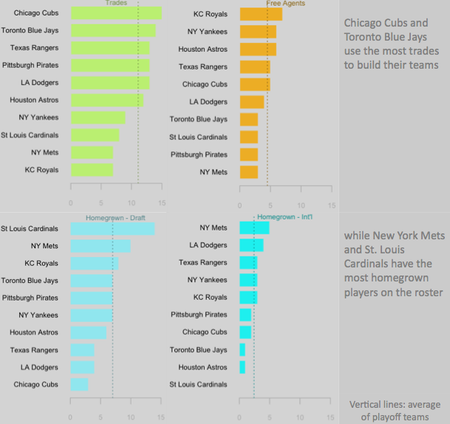 A data visualization that is invariant to the data 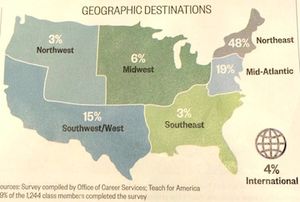 Here is another map I created: 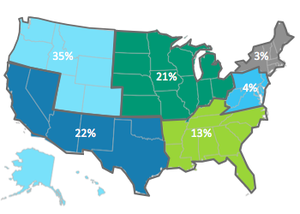 The point is that this visual design is not self-sufficient. If you cover up the data printed on the map, there is nothing else to see. Further, if you swap in other data series (anything at all), nothing on the map changes. Yes, this map is invariant to the data!

This means the only way to read this map is to read the data directly.

Maps also have the other issue. The larger land areas draw the most attention. However, the sizes of the regions are in inverse proportion to the data being depicted. The smaller the values, the larger the areas on the map. This is the scatter plot of the proportion of graduates (the data) versus the proportion of land mass: 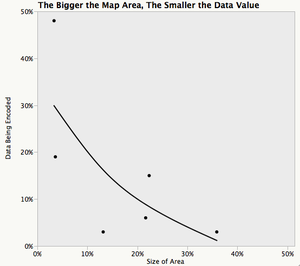 One quick fix is to use a continuous color scale. In this way, the colors encode the data. For example: 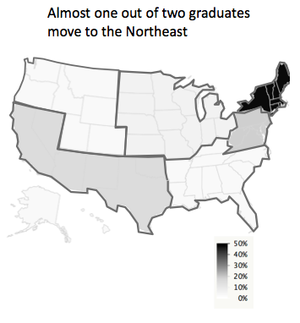 The dark color now draws attention to itself.

Of course, one should think twice before using a map.

One note of curiosity: Given the proximity to NYC, it is not surprising that NYC is the most popular destination for Princeton graduates. Strangely enough, a move from Princeton to New York is considered out of region, by the way the regions are defined. New Jersey is lumped with Pennsylvania, Maryland, Virginia, etc. into the Mid-Atlantic region while New York is considered Northeast.

After seeing this chart, my mouth needed a rinse

The credit for today's headline goes to Andrew Gelman, who said something like that when I presented the following chart at his Statistical Graphics class yesterday: 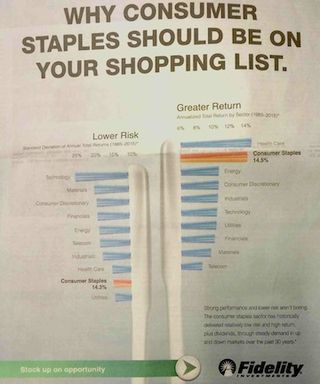 With this chart (which appeared in a large ad in the NY Times), Fidelity Investment wants to tell potential customers to move money into the consumer staples category because of "greater return" and "lower risk". You just might wonder what a "consumer staple" is. Toothbrushes, you see.

There are too many issues with the chart to fit into one blog post. My biggest problem concerns the visual trickery used to illustrate "greater" and "lower". The designer wants to focus readers on the two orange brushes: return for consumer staples is higher, and risk is lower, you see.

But looking carefully at the scales reveals that the return ranges from 6% to 14% and the risk ranges from 10% to 25%. So larger numbers are depicted by shorter brushes and lower elevation, exactly the opposite of one's expectation. The orange brushes happen to  represent the same value of 14.3% but the one on the right is at least four times as large as the one on the left. As the dentist says, time to rinse out!

The vertical axis represents ranking of the investment categories in terms of decreasing return and/or risk so on both toothbrushes, the axis should run from 1 to 10.

How would the dentist fix this?

The first step is to visit the Q corner of the Trifecta Checkup. The purpose of this chart is for investors to realize that (using the chosen metrics) consumer durables have the best combination of risk and return. In finance, risk is measured as the volatility of return. So, in effect, all the investors care about is the probability of getting a certain level of return.

The trouble with any chart that shows both risk and return is that readers have no way of going from the pair of numbers to the probability of getting a certain level of return.

The fix is to plot the probability of returns directly. 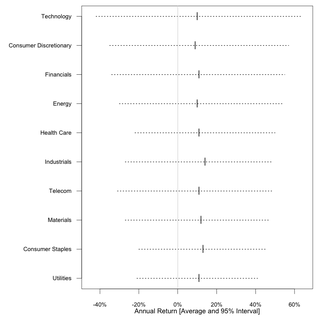 In the above sketch, I just assumed a normal probability model, which is incorrect; but it is not hard to substitute this with an empirial distribution, if you obtain the raw data.

Unlike the original chart, it does not appear that consumer staples is a clearcut winner.