You may notice how quiet it is on the blog. That's because I was in Milan last week and spent some memorable time at the EXPO. Here are some highlights as well as tips for those who will be attending.

Over two days, I dropped by 15 or so pavilions and had three meals. Of these, the two most impressive presentations are Vietnam and Austria.

Here is the front of the Vietnam pavilion: 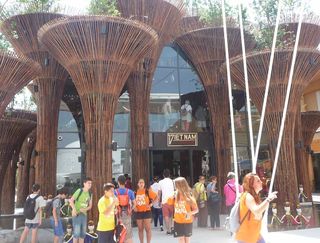 This design is not as elaborate and effusive as some others but it serves its purpose: I was sufficiently attracted to step foot into the building. This is quite an accomplishment, considering that about 140 countries have set up presence along the main route known as the Decumano. In two days, I only saw 10 percent of the exhibitions but I'm really glad I picked Vietnam.

Vietnam basically ignored the theme of the EXPO, which is feeding the planet. Unlike others, I don't think every presentation needs to follow the food theme. It gets boring to see one presentation after another about farming, health and so on. Vietnam decided to offer three concerts a day in which the performers play traditional musical instruments that I haven't encountered before. I was amazed how the stone pieces of this xylophone could be struck to make some very pleasant music: 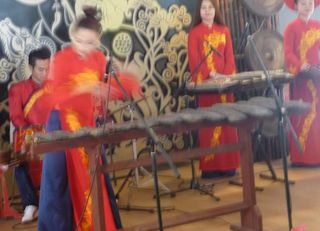 There were four or five other instruments on display. I stayed for two of them and had to get going. I love the Vietnam presentation because I was entertained and I also learned something new.

On the second day, I came back for some Vietnamese food, which is served at the back of the stage. Go for the summer rolls. If you are into fried foods, the spring rolls and the fried shrimp look like safe bets. The rest of the food didn't appeal to me.

The next surprise was Austria. The exterior of Austria's building wasn't that remarkable so it was more of a random choice, perhaps driven by the lack of lines. You may notice a pattern here: I had the best time at the pavilions that are less popular. The most popular ones seem disappointing, and many of them have hour-long waits, even during the day on weekdays, that I did not partake.

The designer of the Austrian presentation noticed the word EAT embedded in BREATHE. They went with a theme about air. They proclaimed that you can live five days without food but only five minutes without air (I don't recall the exact numbers they used but you get the idea). The cynic in me said: nice way to change the subject from food to air! That said, I appreciate that some sites did not find it necessary to follow the theme literally. 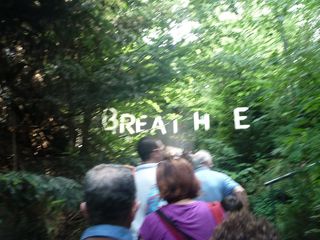 They created a world of its own. You are led through a "forest" at the end of which they cool you down with some dry ice. This is a very refreshing experience both mentally and physically. The summer in Milan is hot so you need to cool down once in a while.

In the middle of the route is a small snacks area where they serve traditional Austrian food. My friend and I had some meatballs with deer meat, which is served with some caramelized apple cubes and a creamy celery paste. Those items really did go well together. The apple strudel looked amazing but was a bit overpriced (5 or 6 Euros for a thin slice). If you go to the Austria pavilion, I highly recommend picking up a snack or two.

The organizers must be commended for their simple and effective site design. The entire EXPO is laid out along one long main route called the Decumano. It is supremely easy to navigate. It is simply not possible to get lost. It's approximately a 30-minute fast-paced walk end to end.

Also, the entire route is sheltered. I can't emphasize how important this is to keep out the sun (and if you are so unlucky, the rain).

Some of the other pavilions that left a good impression:

Pavilion Zero: This is the first building you are supposed to visit before going on the Decumano. A very effective opening statement made by the organizers. Also, some of the rooms showcase great projection technology. Getting out of this building is a bit confusing because you are deposited to the side of the main route, and later I discovered that we had also bypassed the booth where they handed out maps. Just find your way to the main route.

Russia: This is another highlight. They have a quality site. Probably more brainy than some of the others. They serve free Russian sodas, and people were lining up for some free caviar. I would stick to the first floor if you are running out of time. The terrace only holds six people at a time, and there is barely any view. 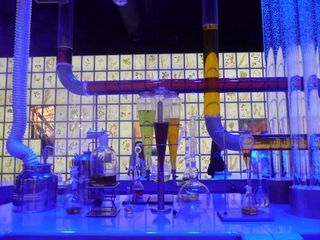 Belgium: Outside the pavilion, they are serving (standard) Belgian beers and food. A nice sitting area. Inside, they have a chocolate maker but only during certain hours of the day. I'm sad I missed it both days.

Holland: They created a mini theme park with little food trucks serving pancakes, and other goodies. I had a fresh fruit popsicle which looked better on the poster than it tasted. I heard this area gets crowded and fun in the evening. Unlike other countries that showcased "starchitecture," Holland has no real structure and a very brief exhibit.

Some of my disappointments:

South Korea: This was one of the most highly-rated sites of the EXPO, along with Japan and Kazakhstan. The other two have hour-long waits, plus they have a staged presentation that takes 45 minutes or so, thus I decided to skip them. Korea is said to have an amazing technological display. I saw a computer-programmed music and lights show. It is only a 20 minute experience which flows nicely so I still recommend it. The disappointment came from too high expectations. 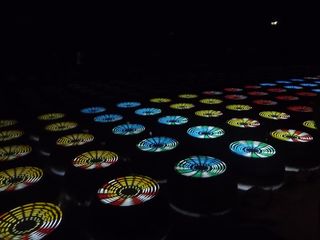 Brazil: Probably our biggest mistake. This pavilion is situated almost near the entrance and has a line always. It looked like a lot of fun.They hung up a massive trampoline and people were walking all over it, elevated. Warning: if you are wearing nice shoes, don't get on it. It turns out that you are walking on a grid of thick ropes with netting underneath it. It was very uncomfortable. They also warn you not to jump. You need hard thick soles and big feet. I don't recommend it. 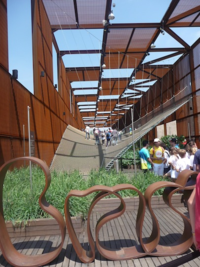 Qatar: This one also got good reviews. I found a lull in the line and waited only 10 minutes or so. They obviously invested in the pavilion. The highlight of the structure is a Guggenheim-style swirling "staircase" to get back to the ground level, with a a movie showing in the middle. You would have to stand there for 10 minutes to figure out what the movie is saying. Not bad but does not merit the hype.

UK: We were lucky to strike up conversation with an attendant who explained the high-minded concept on display here. They have hung a massive metal structure, that was supposed to look like a beehive. According to the attendant, the structure is connected to a real beehive in Nottingham. Lights would switch on and off in Milan based on what the bees are doing back home. Something like that. Sounds interesting from a technological perspective but they didn't do a good job making it real for the person on the street. Their inspiration is that Britain is "a hive of imagination." My friend was asking me if the UK is famous for its bees or honey. I wasn't sure. 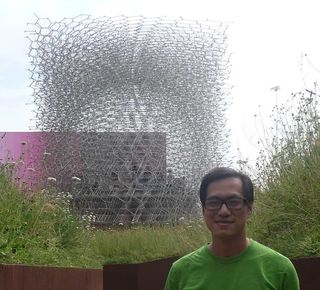 I have decided to split the post into two. Will also add more pavilion reviews, food reviews, tips, and photos later.

If you are wavering about going to the EXPO, I'd say go!  Enjoy yourself and think of this as the world opening up to you. Some adhere to the theme of feeding the world while others don't. But most of something interesting to say.