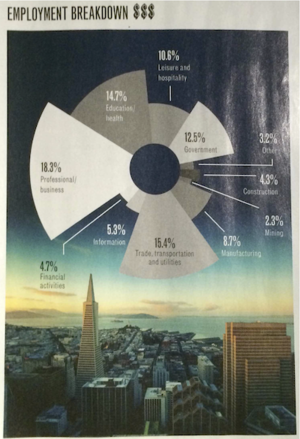 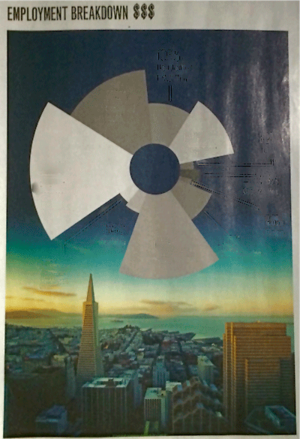 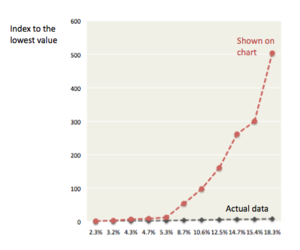 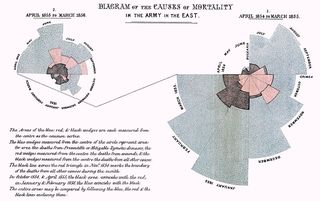 I'm really struggling to find practical value in these 'polar diagrams'. Even Nightingale's are really cool, but seem really difficult to comprehend. They are basically a more exciting radar chart, correct? I've noticed a lot of infographic designers are using these, and every time i see them the data is wildly distorted. Is there really ever a time when a polar diagram is appropriate? I'd love an example. Thanks!

Soren: Someone asked this same question at a seminar I gave recently. While the Nightingale chart is a classic, I don't use it. As statisticians, we like people to know that the celebrity Nightingale was a statistician, and female too.

Yes, it's a classic.

A Model-T is a classic too. But we don't build cars that way anymore, and for good reasons. :)

I spotted this chart on my way to lead one of my Storytelling for Data Analyst workshops, and gave it to a student to evaluate during one of the exercises. To my surprise, the student didn't even notice the chart. His comments were all about the text.