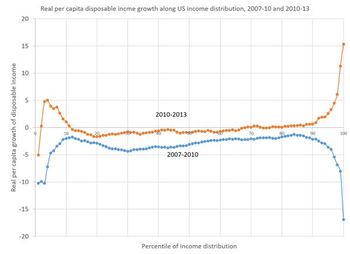 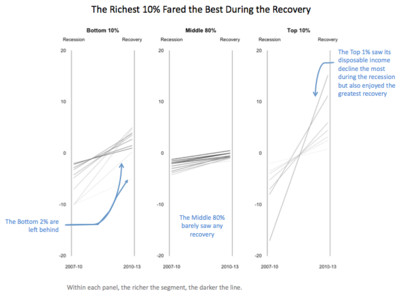 I am not always on board with your bumps/slope charts, but I think this one works really well.

I also like the progression that you are making as you do more of these panel style versions.

I do think a reference line at 0 is appropriate, even if it doesn't tell the full story. It's still about before and after, even if the reasons for the before and after are varied across the percentiles.

Aren't the bumps/slope a special case of parallel coordinates?

I would also add a horizontal reference line at `0` to distinguish between increase and decrease.