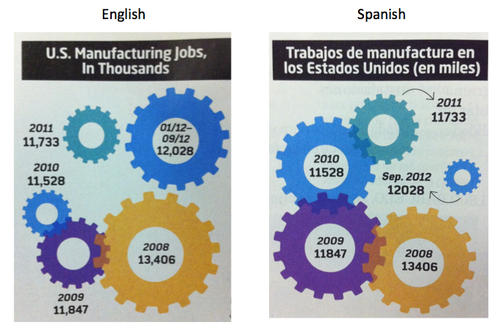 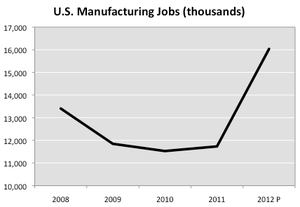 Does the chart inform about the number of new jobs created within a year or about the total number of jobs in the industry at a given point?

I would call this a disguised bubble chart, not a donut chart (bubbles disguised as donuts perhaps?).

Either way, it is nearly incomprehensibly bad, and I just can't fathom why we keep seeing charts like this published in major publications.

Wondering about the number translation...

The issue with that is that although the conventions differ Spanish readers accustomed to read English-written newspapers are used to seeing one form or the other.

If only all languages expressed figures the same way.