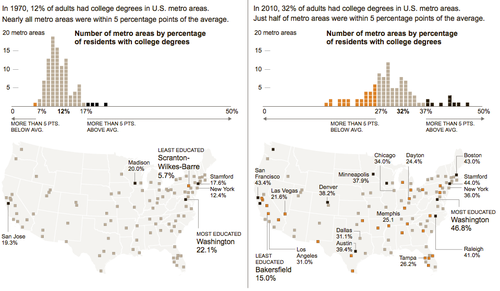 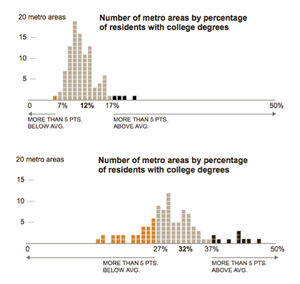 The gray boxes do clutter up the maps, but I would still keep them. It lets me see that the metro area nearest to me has declined, relative to the other metro areas. Without the boxes information is lost because I can't see this from the histograms. Overall, a very nice graphic.

I also like that you also dropped the number of metro areas within 5% of the mean on the two graphs in your version. With a growth of college degrees from 12% to 32% I would expect to see the range in the percentage of people with college degrees to change as well.

I'm not sure I agree with what the author is trying to imply. The three-fold increase in metro areas, sure, but the wider spread of geographical preference? I'm not buying it.