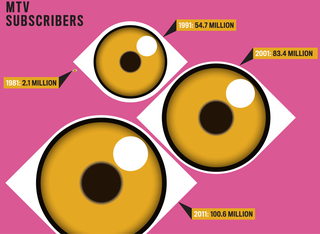 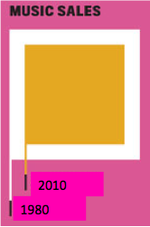 I would have superimposed the bands on a clock, kept the colors the same between tracks, and put in a color for everything else MTV is showing (Jersey Shore, Teen Mom, Jersey Shore reruns, Teen Mom reruns, etc.).

I tend to perceive the last chart like concentric pie charts, and I see the differences between angles rather than lenght. Their version is bad (why not two timelines?), but I'll try to remember it, it may be useful.

Another point: pie charts of the hours of a day never work. I tend to see a 12-hour clock, so that magenta slice means 3 hours, instead of 6.

I realize I'm 6 months late here, but the chart referred to in the headline is by far the best of the 3 MTV charts displayed in the post. Saying Fast Company thinks days got longer is like saying "Fast Company doesn't even know that big clocks tell time faster than small clocks!"