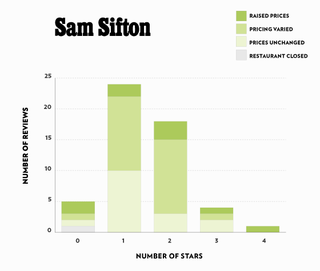 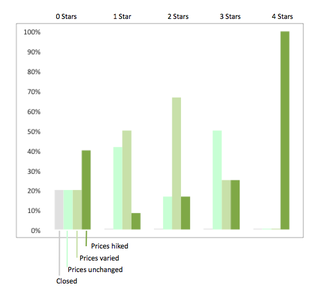 would you annotate inside this chart too if you have no other choice?

"all of the 4-star restaurants hiked their prices..." Looking at Sifton's chart, it looks like there is only 1 restaurant in the 4-star category. So doesn't that make your right-most bar a little deceptive?

I'd take the first chart, and make the vertical percentage rather than horizontal. Then I'd make the width iof the bars proportional to the number of reviews.