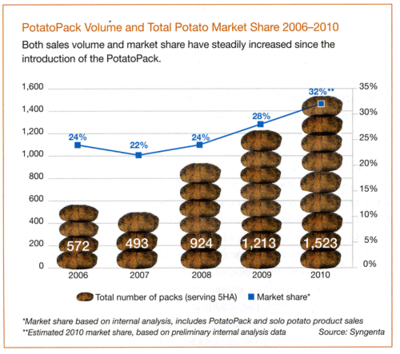 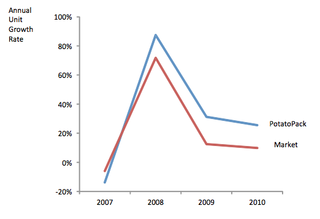 I am tired of Tutfe and his obsession with data-ink ratio. Nigel Holmes style graphics are much more memorable.

Typo:
Also from Consumer Strategist magazine comes the following chart about "PotatoPacks". (To their credit, the magazine uses a lot of charts, nost of which are completely harmless.)