Here are some interesting reading from other places:

Tag clouds have caught on since we approved them a while ago.  One interesting use was at the Life Vicarious blog.  They use it to compare the inclinations of three New York-based restaurant reviewers.  What they should have done is to remove irrelevant words like  "one", "also", "many", "make"/"made", etc.  In statistics, this is called removing "noise" which helps bring out the "signal".

Andrew Gelman discussed the NYT article that reported the finding of unexpected male bias in the children of Asian American families.  He can be counted on to make useful comments on any accompanying graphics.  He rightly pointed out that this is one example of not starting at zero: the relevant baseline is 100 since the metric is essentially the over-age of males relative to females.  I also agree that a line chart with a longer time series plotting percentages rather than over-age would work better.

The racetrack chart made an appearance at Flowing Data.  This one is even more busy and just as impossible to decipher.

Note: I am in the middle of a holiday and so posting will be limited.

Andrew posted a pretty chart that caught my attention.  This is the sort of sophisticated chart that rewards careful reading. 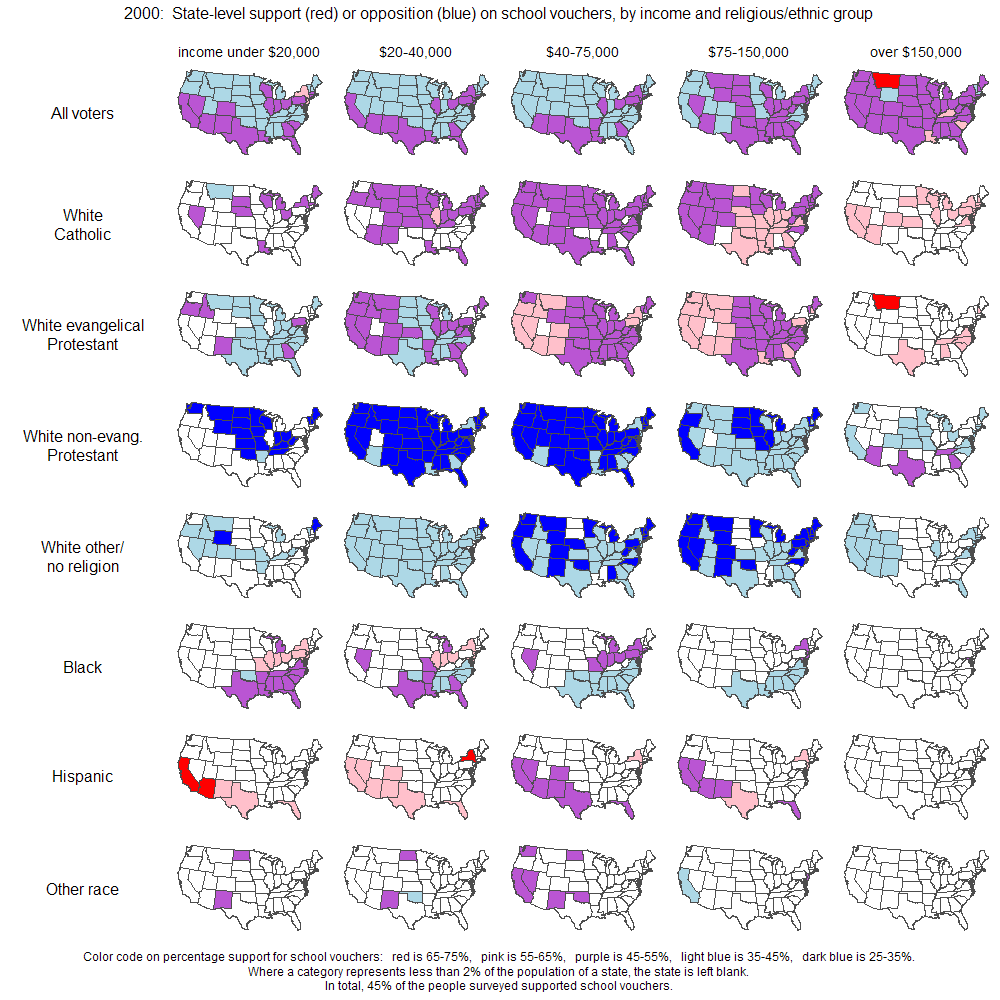 Below is a guide to reading the chart:

Mike L. pointed us to this pair of "climate change model pie charts", with the brief comment "Yuck". 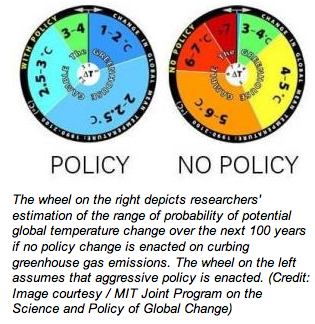 What they are doing is to use the spinning wheel analogy to present probabilities (odds).  Not a good use of pies either.  Histograms do the job with minimal fuss: 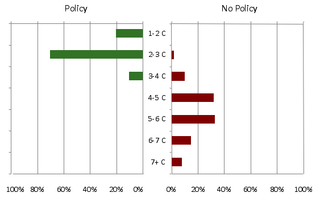 I collapsed the 2-2.5 and 2.5-3 degrees sectors since every other one is a one-degree interval.  We see immediately that the effect of the policy is to shift the probability distribution to changes of fewer degrees.

The case of the shrinking mall

I had a similar reaction when reading this chart but I will let our reader take center stage. 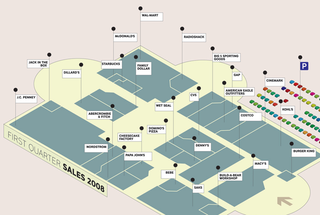 Bottom portion
The back of today's New York Times' Week in Review section devotes half of its space to a lame infographic that wastes space and has a major error (which has been corrected lazily in the version now online at http://www.nytimes.com/interactive/2008/10/14/opinion/20090531_OPCHART.html ) The chart shows the recent decline (or in some cases, rise) of retail sales at 27 common mall chains. My main objection is that the top half of the chart is useless. Yes, it provides a baseline from which shrinkage in area (visual metaphor of income = floor space) in the bottom half can represent the relative declines in sales, but this is redundantly handled better by color. The only part of the chart that I got any information from was the bottom half, and it took me a while before I figured out why the top half was even there. Meanwhile, the error in the printed version is that the +5-10% stores were colored light green while the +0-5% store (Burger King) was colored dark green. It should have been vice-versa. The online version simply swapped the colors in the legend, rather than on the map itself, which works logically but begs the question: why do you have dark red at one end of the spectrum and light green at the other, with dark green in the middle? Thank you for listening-- just blowing off a little steam here. It's a lot of wasted space and I'll bet the New York Times paid a lot for it.
Reference: "Op-Chart: The Fall of the Mall", New York Times. (Ed: I am not sure why the date is given as October 2008.)