The WSJ published a chart with the cheeky title of "Rich Get Richer" (reminiscent of the Economist).  The underlying data concerned one-, three- and ten-year returns for the buyout fund category.  For each return class, the overall mean and the means for the top and bottom 25% funds were depicted.

I won't go into the relevance of the title as I simply could not figure out how it connected with the data.  The following shows the original chart side by side with the junkart version. 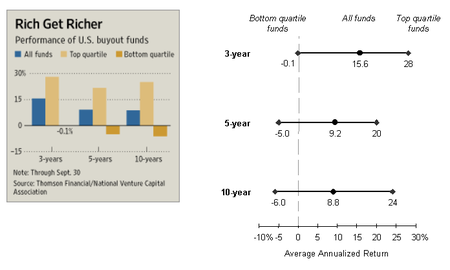 (Thanks to my students for some of these points.) 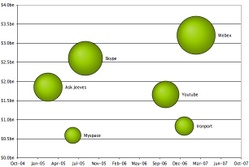 Thanks to Dustin J for the pointer as well as the title of this post.  Dotcom bubbles is the most appropriate name for this overblown chart (featured as the "chart of the day" here).

The chart has no title or axis labels so only the diligent reader will figure out that the data consist of acquisition value of several high-profile Internet companies in the past three years.

There are less data than it seems.  Both the heights and the areas of the bubbles indicate the same thing, the deal values.  If we are supposed to see a trend, we are not finding it.

Most of these deals are not directly comparable anyway.  Webex and Ironport are infrastructure type companies with real business models.  Skype is a phone service.  Ask Jeeves is not a leader in its own space. Myspace and YouTube are traffic sites. 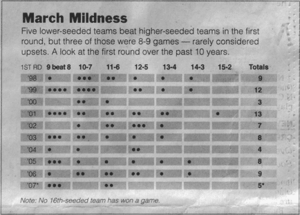 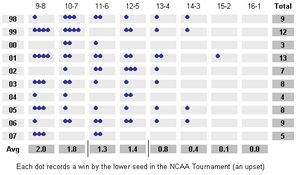 Picking up the right file

The Institutional Investor advises its readers:

Going public may just be the most important -- and nerve racking -- decision any company will make.  Managing and pricing an IPO is tricky, so picking the right underwriter is crucial.  Bankers often boast of their league table prowess to win mandates, but quantity does not necessarily mean quality.

By quantity, they meant the amount of underwriting fees (revenues) earned; and by quality, the average stock performance of the newly-public companies, as of Feb 16, 2007.

Ten banks were compared on the two Qs using this chart, which is best described as the "file folder chart". 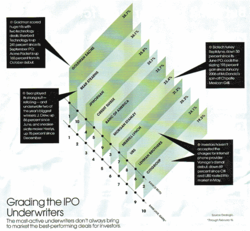 Amusingly, its creator sized the height of each file according to the quality metric, which is the return % listed at the top right corner of each file.  The files were sorted by decreasing quality.  Since each file is a parallelogram, its area is proportional to quality.

However, the files overlap, preventing us from comparing the areas of the files.  Besides, the point made in the article about the importance of both Qs is lost since this chart stressed quality over quantity.  Quantity showed up as a low dot on the tallest file and a high dot on the shortest file. 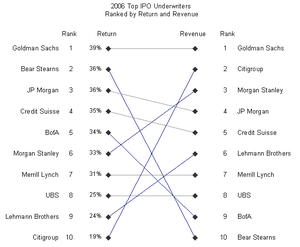 The junkart version restores the balance.  The blue lines highlighted several banks that scored high on one metric but low on the other.  The construct is a profile chart, with only two variables.

Curious readers may wonder if there were only 10 banks in the IPO underwriting market.  Far from it.  The chart designer introduced a selection bias because banks were included based on Quantity, and then Quality was rated.  This meant there is possibly a boutique firm with small revenues but higher quality than any of the 10 in the plot.

Furthermore, much useful information is missing, including the dispersion of returns, the number of deals, etc. 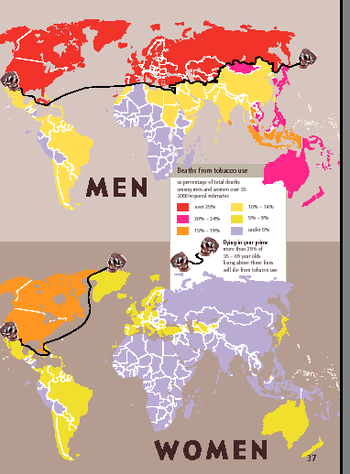 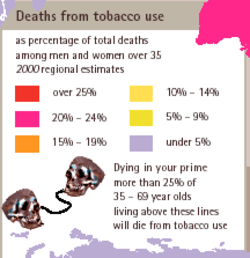 The Times found a sharp surge in violent crimes. 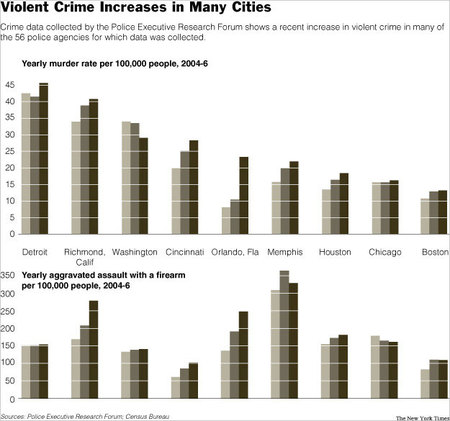 The legend for the columns is missing.

Sorting by murder rate does disservice to the bottom chart, rendering it essentially unreadable. 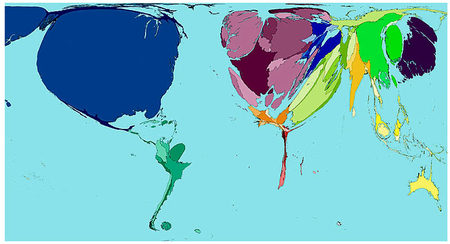 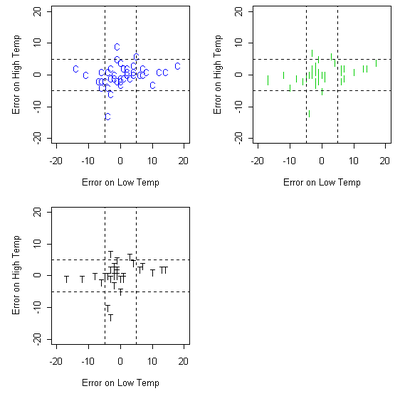