The following map highlights in color the stretches of major roads in the New York area that experience congestion. 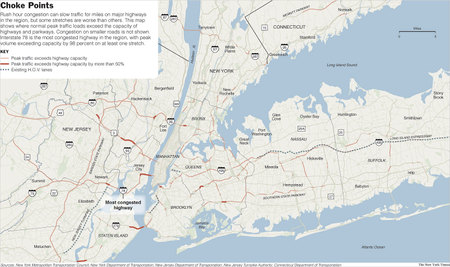 A couple of improvements can be made: