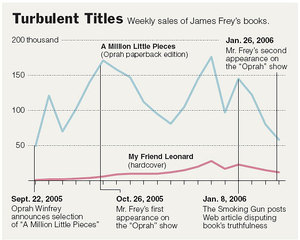 Hmmm... so are Frey's sales streaky or consistent? :)