How representative is your sample?

Taking a hint from Mahalanobis, I dug into Howard Wainer

) to find the following gem.  Imagine you're an engineer working for the military.  You have the ingenious idea to inspect planes that returned home and plot the pattern of bullet holes.  The dark regions had high density of bullet holes.  Your task is to recommend where to put extra armour on the new planes.  What would you recommend?  (Note: the answer appears after the graphic!) 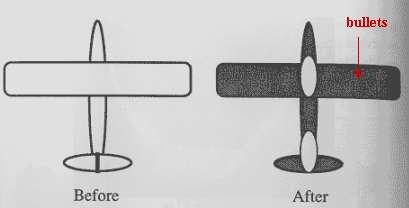 What has this to do with sampling?  If we forgot about the planes that never came back, we may jump to the conclusion that we should reinforce the dark regions.  The sample we didn't see is as important as the sample we observed.  To wit: 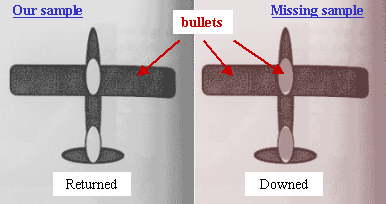 Statisticians call this "survivorship bias".  We only oberve survivors but we must not forget about the non-survivors!

A related page I found on the Web: Steve Simon